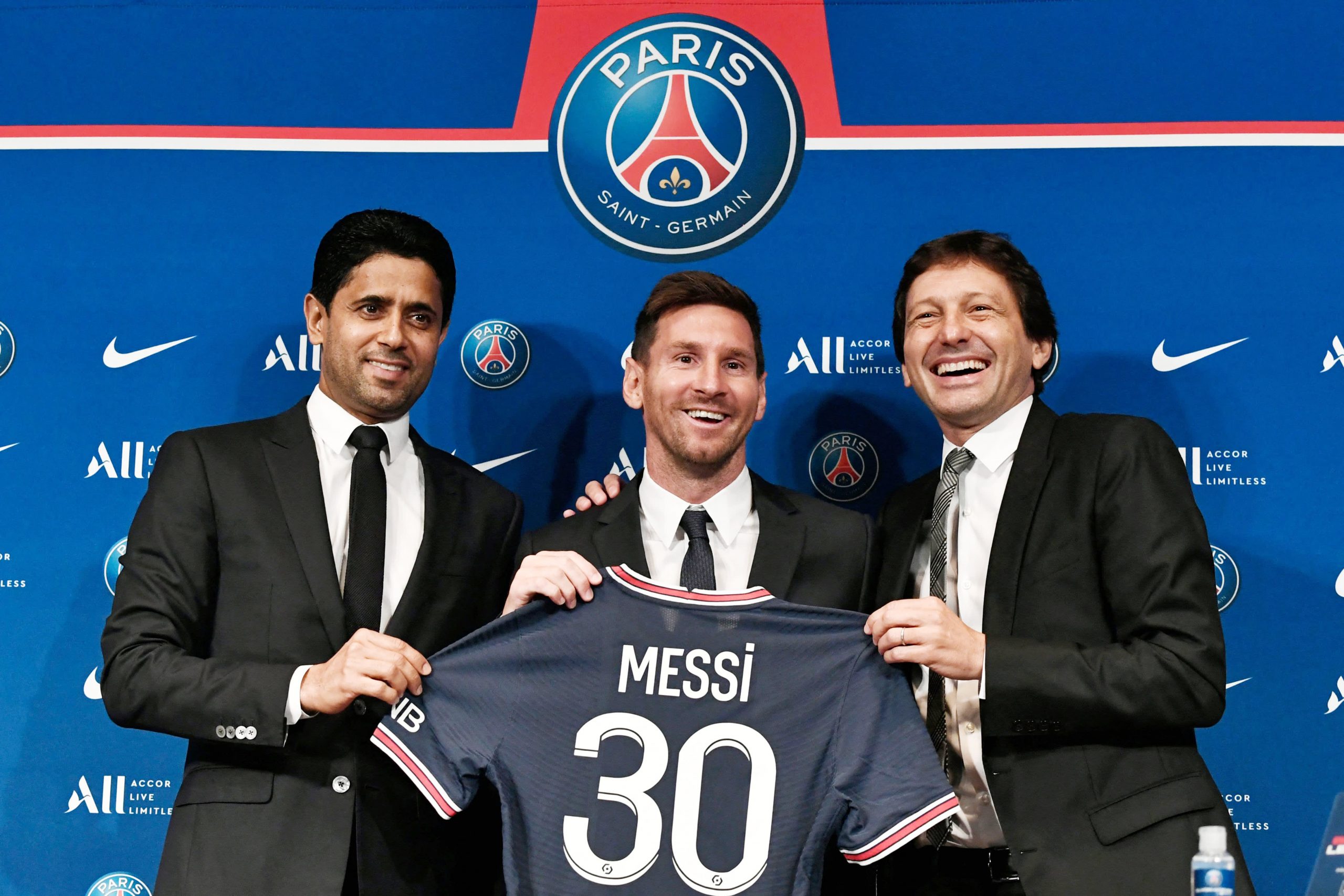 Football legend Lionel Messi recently signed a two-year contract after his final outing for Barcelona and the football realm will never be the same again.

A five-year term contract renewal was expected as a part of his plans to Barca, but instead, the 34-year old footballer traveled to Paris to secure a deal with Paris Saint-Germain.

Messi landed in Paris on August 10 to undergo a medical and complete his transfer to the French club on a two-year deal, he also has a choice to extend for another year for a whopping worth of  £25m per year after tax, including additional bonuses.

One of the terms of the deal is that Messi will gain a £25m signing-on fee plus he will wear a No. 30 shirt for Paris Saint-Germain, the same number he wore as a teenager when he was debuting for Barcelona in 2003

Messi was initially planning to extend his 21-year partnership with Barcelona by renewing his contract for a five-year duration this summer, but the club said that “financial and structural circumstances” indicated that the contract to not be finalized.

Upon his signing for PSG, Messi stated,  “I am excited to begin a new chapter of my career at Paris Saint-Germain. Everything about the club matches my football ambitions.”

“I know how talented the squad and the coaching staff are here. I am determined to help build something special for the club and the fans, and I am looking forward to stepping out onto the pitch at the Parc des Princes.”

Messi Had a Tearful Goodbye to Barcelona

Messi mentioned while tearful about his farewell announcement on August 8 that he didn’t want to leave Barcelona.

The BBC football legend was emotional as he received a standing ovation in his final press conference for Barcelona announcing his departure at the club after his 21-year long stay.

On August 12, the same day he came back to Catalonia after his Copa America vacation. Barcelona confirmed his departure. Messi returned to Barcelona expecting to settle his new five-year deal, and he confirmed he offered to reduce his wages by half.

The football star said, “This year, my family and I were convinced we were going to stay at home, that’s what we all wanted more than anything. We’d always made this our own, we were at home. We thought we would be staying here in Barcelona. But today, we have to say goodbye to all of this.”

Messi said that he did everything that he could to stay at his club, but Barcelona was crippled by La Liga’s rules on club spending that they couldn’t afford to pay the football superstar anymore.

Paris Saint-Germain Is Now a Force to Reckon With

Paris Saint-Germain could now be considered as the most prestigious sporting club in the world now that Lionel Messi joined the club, according to Kaveh Solhekol of Sky Sports News

“In this new football ecosystem, what you need to thrive and be the biggest and the best is to be effectively owned and backed by a state – that’s what Man City and PSG have. Spanish football has big problems, Real Madrid and Barcelona have massive debts and now we’ve seen PSG say ‘we are going to be the club of the Galacticos.”

“I’m sure the people of Paris will love him and he’ll enjoy living and working in France. I just worry about some of the other clubs in France, but overall for the whole profile of French football, it raises it to another level.”

Messi is expected to reunite with his former Barcelona mate, Neymar, Messi’s transfer may also convince Kylian Mbappe to stay in the club following his impending contract expiration. Messi is expected to debut in his first outing for PSG on August 11 at Parc des Princes.