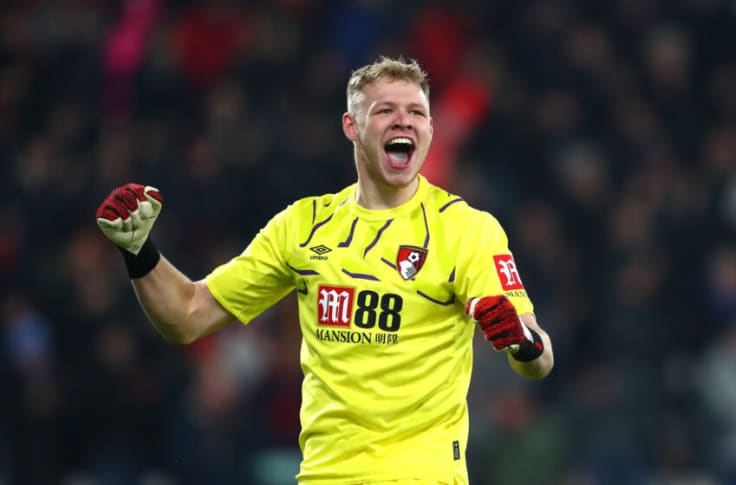 Arsenal is on the final steps of securing a deal with Sheffield United to sign Aaron Ramsdale.

The Gunners have confirmed the signing of Ramsdale after a few weeks of negotiations to deliver the Sheffield United football goalie to North London.

The contract’s duration is four years, it has an option for an additional one-year extension, however, it is subjected to compliance to personal terms and a medical. Ramsdale will serve to offset and as competition for Bernd Leno.

Arsenal manager, Mikel Arteta has been eyeing the goalie for quite some time now and he wanted to sign him in the transfer window. Initially, Sheffield United demanded £40 million for their prized goalkeeper, however, just a few adjustments and discussions led to the reduction of the price.

With the new deal, Arsenal will have to pay just £24 million, a possibility to add £6 million for add-ons that will be applicable only if Ramsdale is Arteta’s first choice.

Last Wednesday, it appeared as if the deal was off, but Sheffield United came back with the revised terms. Ramsdale was not included in the match of Sheffield United’s team against West Bromwich Albion amidst the finalization of the transfer.

Meeting in the Middle

The clubs apparently met in the middle after discussions over the weekend and into the week: Sheffield United wants to generate a profit on a footballer they paid roughly £18 million for last summer. Meanwhile, Arsenal has secured a homegrown goalkeeper within their budget, with add-ons that will only be activated if he plays a major role in a successful Arsenal team.

Arsenal is currently juggling between the deals for Ramsdale and Martin Odegaard at the same time, and the club is hoping that both of the players will be registered in time before so that they could be included in the roster to play in the match against Chelsea.

United head coach Slavisa Jokanovic stated to Sky Sports, “Aaron is not ready for the game tonight, he is not in the right state of mind and we preferred not to complicate things, so started with Michael Verrips.”

The need for a new goalkeeper is imminent after the culmination of the loan of Matt Ryan last season. Mikel Arteta wanted a young and native player to fill the gap in the roster and he saw the potential of the goalkeeper and his skill set to aid the squad to defend the goal.

Signed Along with Odegaard

The announcement of Aaron Ramsdale’s transfer coincides with the day of the news that Arsenal also said yes to the deal with Real Madrid for the talented midfielder Martin Odegaard. In the second half of the season, the 22-year-old excelled on loan at Arsenal, making 20 appearances in all competitions including 14 in the Premier League for Mikel Arteta’s team.

This summer, Arteta has already added three players on the roster with names of Albert Sambi Lokonga, Ben White, and Nuno Tavares.

The head of the Gunners is eager to solidify his squad, and the need for the signings is reflected in the disappointing performance of the team in an opening 2-0 loss against the freshly-promoted Brentford.

According to Gunner’s official website, the 23-year old goalkeeper will wear his number 32 shirt. Throughout his career, Ramsdale has represented England teams at all levels from Under-18 to senior, including his time in Sheffield United.

Arsenal took to its official Twitter account the announcement to welcome Aaron Ramsdale into the roster of Gunner’s squad. Now that the club is having fresh homegrown BBC football talents, Gunner’s boss finally secured to rake goals this season. Let’s just hope that the new goalie is happy and satisfied on Arsenal’s side.