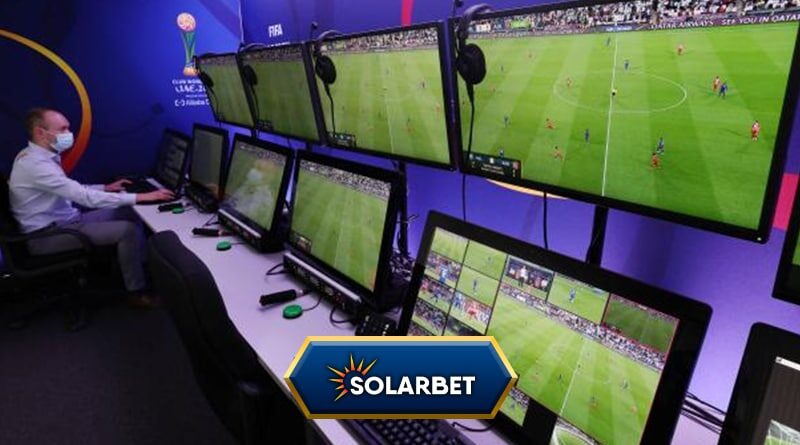 The World Cup this year in Qatar features a significant technological improvement, demonstrating how far football has come in terms of technology advancement. FIFA has announced the launch of a new semi-automated technology that will provide video match officials with offside alerts in real time.

Linked footballs and a network of cameras able to keep track of every athlete on the field will make this into fruition.

The 2022 World Cup official match ball, Al Rihla, is an impressive technological feat. The connected ball technology in use in the game will provide information in real-time to the VAR officials.

The new FIFA Semi-automated Offside Technology will work in tandem with this innovation. The new Adidas Suspension System, which includes a motion sensor, will be installed in the ball’s center. For the first time ever, a World Cup competition ball will have this kind of innovation built right in.

The use of goal-line technology at the World Cup could be the single most significant technological advancement of the tournament.

It has been utilized in European club football, most notably the English Premier League, and various minor international events over the past year, but the World Cup will be the largest footballing tournament to ever employ goal-line technology.

With the help of goal-line technology, officials will be able to more confidently determine whether or not a goal has been scored.

To keep the temperature down inside the stadiums for the worldcup22, seven of the eight venues will be equipped with Advanced Cooling Tech. Yes, the stadium’s air temperature will be just right for the players and the spectators.

Stadium 974 is the only venue without advanced cooling technology because it is naturally ventilated due to its proximity to the shore.

An energy hub will be built nearby to provide the stadium with cooled water via a pipeline. Once it comes, it blows chilly air onto the playing field and into the stands for the fans. Fans and players alike will get their first taste of this innovative technology at this year’s World Cup.

There hasn’t been a more fascinating improvement in screen technology than 4K. Fans are all used to HD 1080p displays when watching the World Cup 2022 free livestream, but 4K’s resolution of 3840 by 2160 pixels is a huge improvement.

With this amazing high-definition technology, what better way to enjoy the World Cup in all its 4K glory? Fanzones in Brazil will also feature a 4K video, as announced by FIFA for the World Cup.

Using semi-automated offside technology, FIFA has announced that the 2022 World Cup will begin on November 21 in Qatar. Technology based on a limb-tracking system will help the VAR make quicker judgments on close offside situations.

The semi-automated offside system is the result of collaboration between a number of companies, including Adidas, the Working Group for Innovation Excellence, and others in the IT industry. This would make leaderboards and scoreboards across your favorite World Cup betting sites 2022 up to date in real-time.

The new method collects data from 29 different spots on each athlete to generate a 3D animated skeleton using specialized cameras mounted on the roofs of stadiums. Fifty times each second, the feed is analyzed to make sure the right choices are made.

In the aftermath of the 2022 FIFA World Cup, one of the stadiums used, Stadium 974, may cease to exist.

We can completely dismantle Stadium 974 if need be. Shipping and cargo containers stacked along modular steel frames were used to build the stadium. The stadium is both practical and physically appealing due to its design, which also makes use of cheaper and less materials than a conventional one.

It is, however, the first totally demountable stadium in World Cup history. Seven World Cup games, up to and including the Round of 16, will be played at Stadium 974. This stadium is literally a building-blocks wonder.

If you want to learn more about the other remaining stadiums, as well as the fixtures, odds, and anything else World-Cup related, click here!