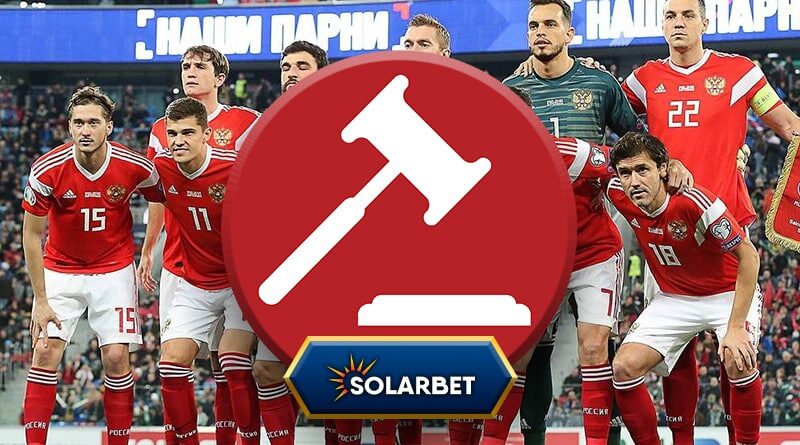 After Russia’s invasion of Ukraine, FIFA and the International Olympic Committee imposed extreme measures, including banning Russia from hosting the 2022 men’s World Cup and other international sports championships.

All the clubs and national teams of Russia have been suspended “until further notice” by soccer’s global governing organization, FIFA, and Europe’s regulating body, UEFA.

No more competitions for Russia

Russia’s participation in the World Cup playoffs in March was over after being banned from the world’s premier sporting event. That’s the reason why you won’t see Russia listed on any World cup betting sites 2022.

A few hours after the International Olympic Committee’s executive board advised that sports organizers not accept or permit the involvement of Russian and Belarusian officials and athletes in international tournaments, FIFA made its decision.

The Russian women’s national team, the upcoming 2022 European Championships in England, and the Russian club Spartak Moscow, who advanced to the round of 16 in the Europa League would all be affected by the UEFA ban.

Even though UEFA had already declared that the Champions League final would be moved from St. Petersburg, Russia, to Paris, France, it also stated that it would end its lucrative sponsorship deal with the Russian state-owned energy corporation Gazprom.

By making their bans public, FIFA and UEFA joined a growing number of national governments as well as global organizations that have punished Russia for inciting a war that has already claimed the lives of hundreds.

The health minister of Ukraine reported that 352 civilians, including 14 children, have died since the invasion began. Officials from other countries have spoken out against the fatal use of force, calling it a “war without a cause.”

Russia’s economy has been hit particularly hard by the sanctions. If Russia is indeed banned from the men’s World Cup because of sports restrictions, it would be the most severe ban in terms of its symbolic significance.

On March 24, the men’s national team of Russia was supposed to play Poland in a World Cup semifinal. The Polish national team, including players and executives, announced they will not play the match after the invasion last week.

Both Sweden and the Czech Republic have declined to play Russia in a match where the loser will be eliminated from World Cup contention. In any case, the likelihood of seeing Russia on a World Cup 2022 free livestream is becoming slimmer each day.

FIFA’s early response was hesitant and inadequate. They issued a statement denouncing the invasion and announcing that Russia’s home games will be played in neutral locations. It further stated that the Russian squad will compete without the use of the Russian flag or national hymn and under the moniker “Football Union of Russia.”

The stakes kept rising as betting pressure mounted. As head of Poland’s soccer association, Cezary Kulesza blasted FIFA’s inaction as “disgraceful” and “absolutely unacceptable.” The United States, Poland, the Czech Republic, and Sweden, among others, have all issued declarations saying their national teams will not play a Russian squad until “peace hath been restored.”

Russian soccer officials have spoken out against the politicization of the sport, claiming that they see no legal basis for postponing upcoming World Cup qualifying matches. It’s possible Russia could file an appeal with the Court of Arbitration for Sport, which has usually sided with Russian officials and athletes in doping situations.

In making its announcement, FIFA did not point to any statute or regulation that gave it the authority to implement the ban. The document claimed the ultimate decision-making bodies within FIFA and UEFA (the FIFA Council and the UEFA Executive Committee, respectively) had made the call.

It is widely held by legal experts that FIFA’s ban was made possible by the IOC’s recommendations in response to Russia’s breach of the Olympic Truce.

This kind of suspension occurs extremely seldom yet has happened before. South Africa was banned from qualifying for the tournament for twenty years during the apartheid era, while the German and Japanese soccer federations were not remanded in time for the 1950 World Cup, the first one after World War II.

No official word was given by FIFA as to whether or not Russia’s withdrawal from Ukraine would result in rapid readmission. Russian national team coach Valeri Karpin voiced his displeasure by stating his desire for a speedy reversal of sanctions.

Also unclear from FIFA’s statement was whether Slovakia, which placed second in Russia’s group play or Hungary, which qualified for the playoffs via the UEFA Nations League qualification standards, would replace Russia.

Several governing bodies made moves to ban Russian teams from competing. The Russian curling team has been banned from competing in the upcoming world championships, as stated by the World Curling Federation.

Check out the teams competing at the Qatar 2022 and start placing your World Cup bets today!